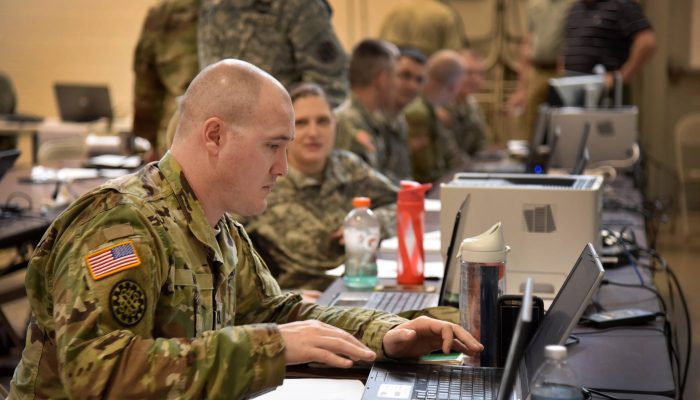 The Michigan Army National Guard‘s 46th Military Police Command trains to respond to a major domestic incident in the United States at the Battle Creek Air National Guard base on Mar. 10 – 12. The training is designed to prepare the Michigan organization to support FEMA should a catastrophic event happen in the future.

The Department of Defense tasked the 46th with this mission. They will work closely with other units from across the nation to prepare for and practice for such an incident.

Throughout their three days at the Naval Operations Center on base, the Military Police will stage simulated emergency measures in order to refine operations and staff processes, as well as identify shortcomings in readiness.

This training is intended to qualify Soldiers of the Headquarters on the critical tasks of managing and coordinating lifesaving and life sustaining support to civilian authorities. This initial training will allow the unit to work alongside various other military and civilian counterparts from around the country during additional rigorous training exercises in the coming months.

The Michigan Army National Guard is determined to conduct its real-world scenarios with a sense of urgency, professionalism, and commitment to timely and efficient public responsiveness.

< BACK TO THE BLOG